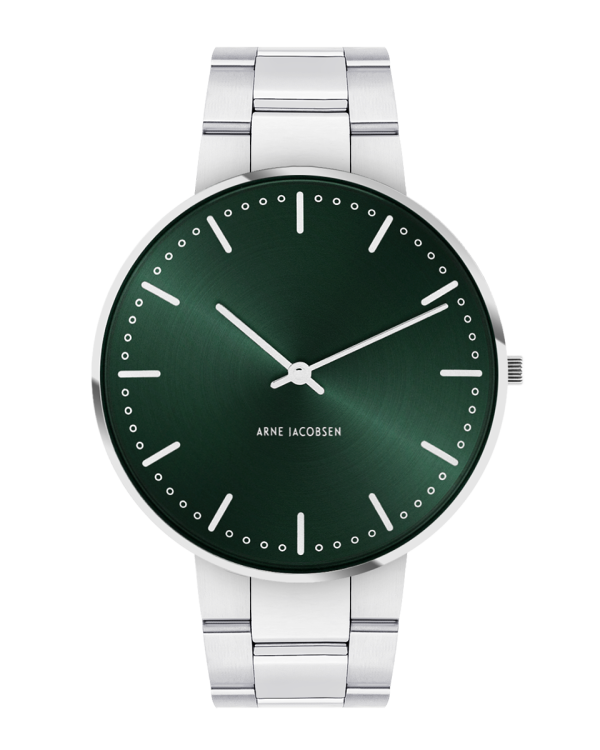 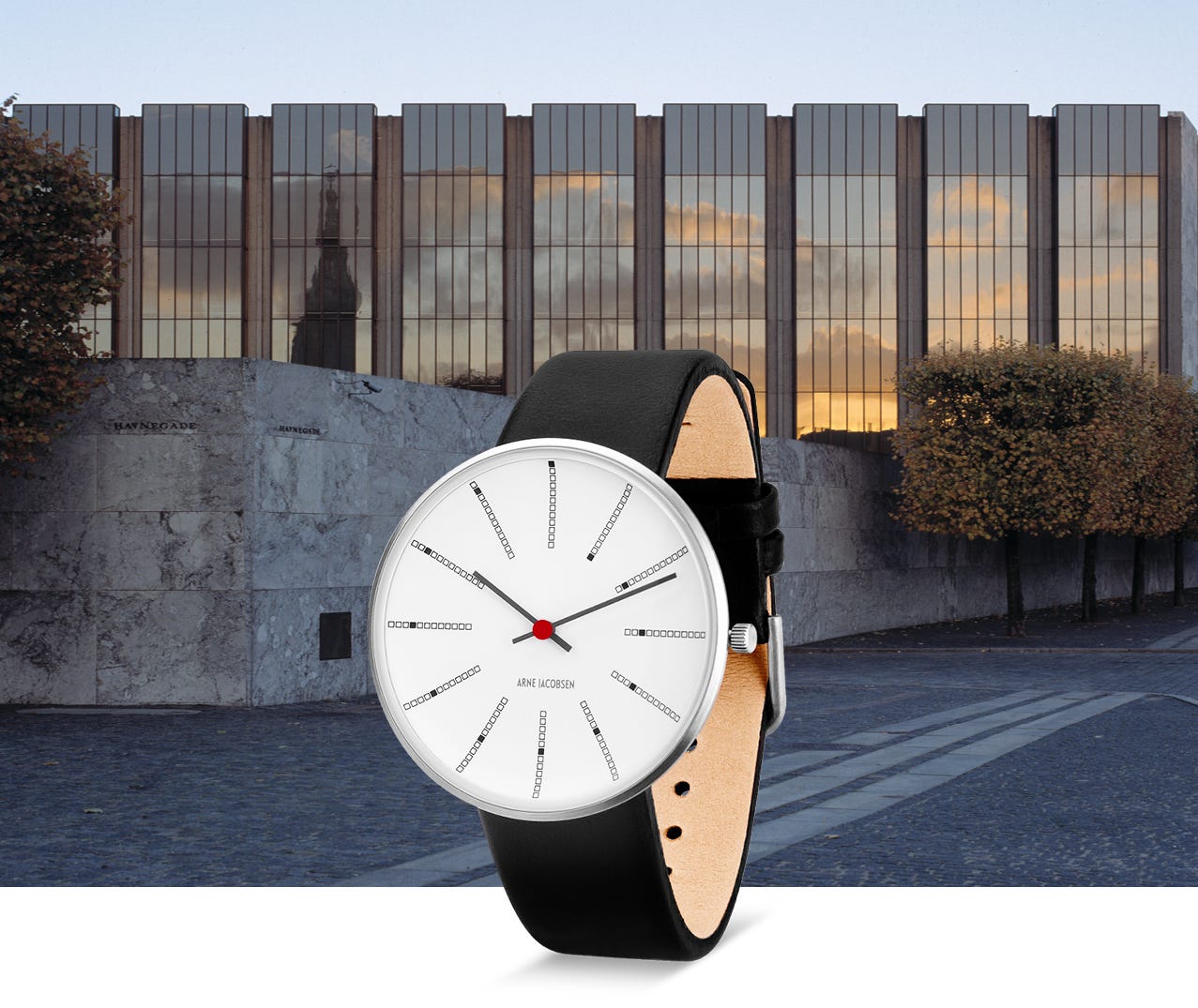 In 1961, Arne Jacobsen won the competition to design the new National Bank of Denmark and the building was completed in 1978 – 7 years after his death. The Bankers clock is designed in 1971 and hangs proudly displayed on the original bank hall wall.
The bank hall contains peartree panels, contrasting the entry hall in Norwegian marble, which stretches like a cathedral almost 20 meters up throughout the six stories.

The Danish National Bank is widely considered one of Arne Jacobsen's masterpieces. 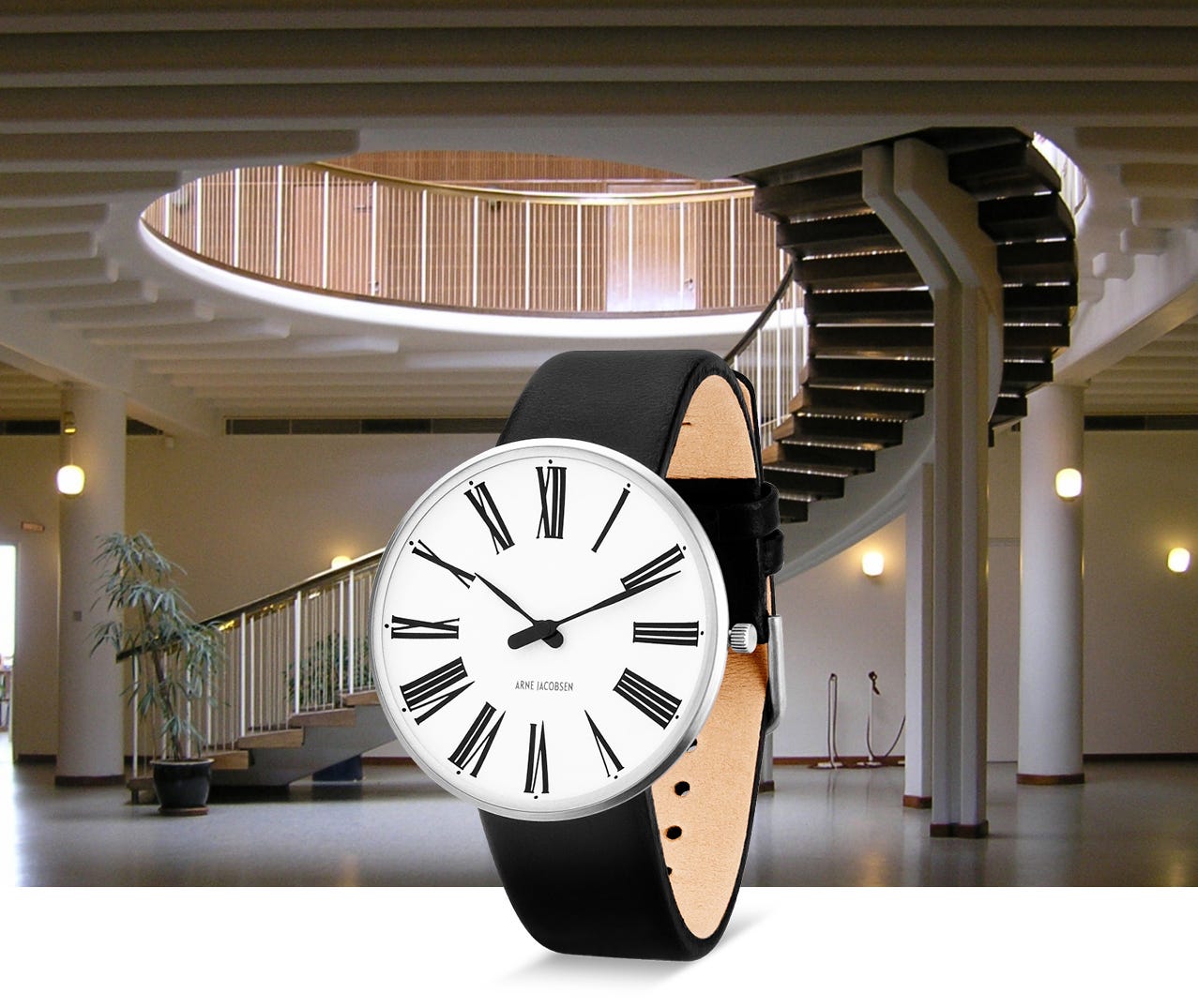 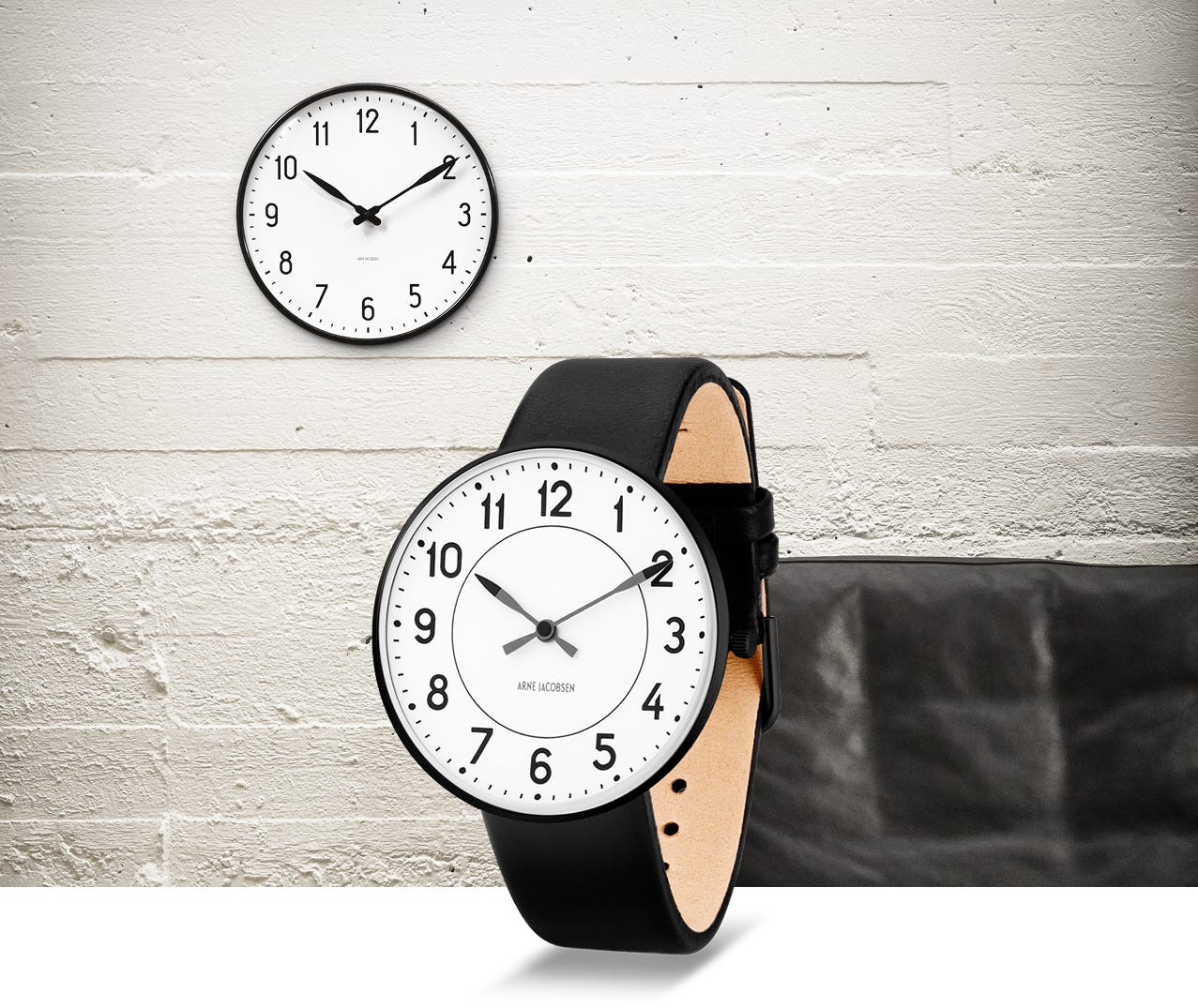